A former MP, “Pitbull” is the former Unit S-5 (Civilian Liaison) of the Iron Dingoes, and well-trained in security and civilian liaison duties. He was often browsing with other units and seems capable of “acquiring” many items, goods and personnel the unit might need in any given situation, or that unit logistics demands. Pitbull was promoted to “XO” with the sudden departure of “Major” Charles Alder “The Voice”, and has since been promoted to full Colonel, and taken command of the entire Iron Dingoes entire military organization.

Pitbull is arguably considered the best pilot and gunner in the unit, and presently pilots one of the unit’s larger Mechs, a highly modified HGN-732 Highlander. Pitbull has wears The Fisher King’s Neurohelmet in his Mech.

In the field, Pitbull once closely tended to younger members of the unit, critiquing their actions and keeping the battles short and fierce. His promotion to Colonel was a mark of the tactical abilities Pitbull has developed, and he holds the undisputed leadership of the Dingoes when deployed in the field. He has since stepped back somewhat, allowing the commanders under him to lead their lances how they want, and given the most junior members the opportunity to learn from their mistakes. He pilots one of the unit’s heaviest Mechs, a heavily modified HGN-732 Highlander, which ensures he can dominate a firefight. His Mech has also been outfitted with various recovered Star League era technologies, and proves quite capable of conducting long-range combat to devastating effect.

It was revealed in mid-3030, that he and Lt SG Candy Dulfer were expecting their first child, though its gender remained a secret.

In early-3039, he and his family moved to * Duchy of Tharn, taking charge over the landhold and began active participation in its international and interstellar activities. He remains the Duke of Tharn to this day, but holds an honorary rank of Major for his years of service in * “The Iron Dingoes”.

Originally from House Kurita, Pitbull does not appear to be of “cultured” Japanese origins, but rather betrays a history of time with the darker side of Draconis Combine culture, the Oyabun. He is direct and rarely minces words, sometimes plainly so, and is not easily given over to subtlety. His call-sign of “Pitbull” comes from his tenacious attitude at achieving a personal goal, and never letting it rest, though others claim it comes from his bark not being worse than his bite.

As Unit S-5 (Civilian Liaison), Pitbull was also the unit scrounger, always on the look-out for salvage and contacts that could help both the unit and himself in the future. He is the lead negotiator in all contract discussions with civilian personnel or contractors the unit might hire, while the “day-to-day” potential employees and pilots are often given over to the unit S-1 (Personnel), Executive Administrator (Captain) Massimo De Luca “Advocate” for final vetting. In command meetings, it is his voice that often carries a great deal of weight, due to his skills as a pilot and his sheer force of personality and command.

He had chosen Tech Alexander Talbot “Elminster” as his personal lead tech, a man proven to be good at his work, but also an artist and closet writer. His personal assistant in logistics and administration, is the talented young graduate from The Duchy of Horn’s technical college, Senior Administrator Charlotte Yates-Wexcombe, who accompanies him everywhere.

Following the retirement of Lord (Major) Michael Ruxbondy “Paladin” (then Colonel) in late-3023, Pitbull was promoted to full Colonel following a Command Council vote, and took command of the unit’s military endeavors. He has displayed an increasing savvy with command and politics, and has allowed the lance leaders to take a direct hand in directing their own forces. 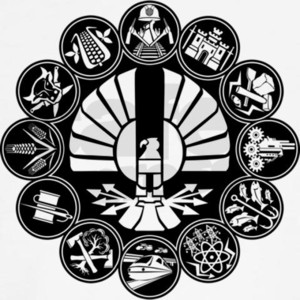 Royal Seal of the Duchy of Tharn

On March 5th, 3026, Pitbull ascended to the position of the Duke of Tharn, and took command of the * Duchy of Tharn on behalf of the Iron Dingoes as their latest landhold. It was recognized early that the development of this largesse would take time and careful effort, but the immediate difficulties of searching for their enemy on the planet, REAPER would occupy his early attentions. Nonetheless, he spent several days organizing the bureaucracy and existing military of the realm, before setting in search of this foe.

In late-3030, he was further promoted to the rank of “Senior” Colonel, representing the unit’s development of at least one regiment-sized infantry force, and the need, moving forward, to place a direct officer in charge of these potentially larger formations in the future. Also later in the year, he became the father of a young girl, Aurora.

In late-3038, just days prior to his unit’s participation in its latest contract with House Davion, he announced his retirement. Handing over the keys to his Mecha and command of the unit, Major Erika Hartmann “Glamour” took command of the mercenary force, while Pitbull, his consort Candy Dulfer, and daughter Aurora travelled to * Duchy of Tharn and took over a more direct hand in its leadership.

While retaining Governor Jenna Marcuro as his right hand, he began negotiating with the other Duchies of Gollere in forming a more interstellar presence in the local constellation, hinting at the formal idea of a “United Commonwealth” for the first time. While he continued to support the Iron Dingoes in their efforts, by sending a large portion of his national profits into the Iron Dingoes coffers, he cut back those funds to a more manageable degree to build up his own landhold, under the protection of the Iron Dingoes personal mandate.

Today, he continues to push the interstellar union of several of the local planets in the constellation, and has formed his own private battalion of combined arms along the lines of the traditional forces of * “The Iron Dingoes”, though with local traditions and organization in mind. The force is openly available at the discretion of the local Mangai for operations in repelling Periphery bandits and any other off-world threats. 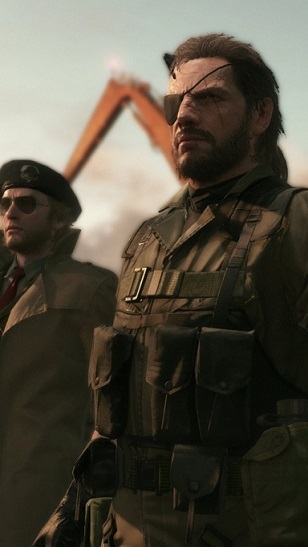