Aurora Landing is the primary, and only true starport, located in System – Goria.

A fairly simple complex, fortified against the bitter and difficult atmosphere of Goria, it has the potential to provide a wide range of services to a dedicated group that occupies and improves the site. As of 3042, the site is active as a starport, providing basic fueling and operational facilities, making it a Class-E starport. While the facility does have something of a community attached, visitors are discouraged from attending dome services given the still largely militant and aggressive locals, reducing its potential as a downport for interstellar trade. Most visitors see little beyond the tower facility itself, and rarely interact with anyone other than a few Dingo Brand Corporation employees in their commercial trades. 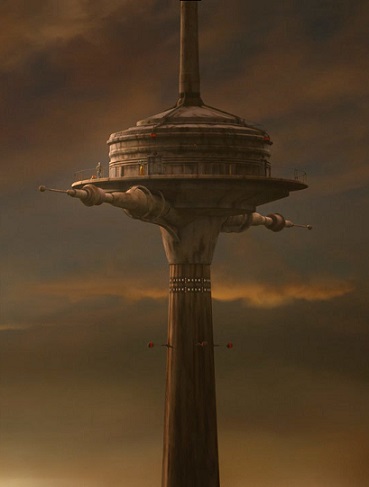 Central to the complex is its landing control tower, a large facility that could house both the technicians and any military guards of the starport assigned to its maintenance and protection. Typical of frontier and heartland starports alike, it houses the main operations of a system’s downport, as well as providing great overview of the local facilities and direct link to orbital vessels and communication relays.

The tower itself was not initially powered, though the power links were maintained to the nearby civilian dome. While the facilities had largely been pillaged of key electronic components, there were sufficient facilities available to get the starport back on-line once essential parts were slowly shipped in, and technical expertise of the resident technical personnel used to bring the facility back to operational status. As of 3039, the facility was largely operational as a garrison and sometime trade port, but commercial interests do not exist beyond Dingoes local support needs, and as a support base for the resident military garrison. 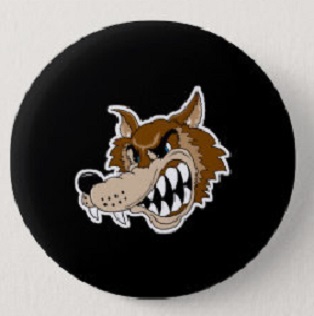 The site is presently under the control of elements of the 1st Aurora (Guards) Infantry Regiment, and in 3039, was placed under command of the 3rd Battalion of the * Iron Dingoes Reserves as well.

Established early in the development of the colony in System – Goria, the starport was typical for a low-atmosphere facility found in the Star League. Designed for the purposes of operating largely without direct communications with the outside world, the facility never had access to an HPG, nor many of the other common facilities available to more developed Inner Sphere worlds.

When the colony was abandoned following the collapse of the Star league and the subsequent disassembly of trade routes, the starport was its first casualty. In a bid for scarce resources, most of the easily portable electronics and other valuable life support equipment was scavenged by the local support dome, and the facility was abandoned, with most of its technical population seeking the safety of the local support dome.

For centuries, the local Aurora Faction occupied the site as a watch tower over-looking the nearby terrain, and viewed the facility as their own personal demesne, granting them first-contact with any traders or other starships that might call on the downport.

In late-3031, * “The Iron Dingoes” invaded the starport and after a nearly bloodless coup, seized control over the Aurora Faction and the starport. For the remainder of the year, they consolidated forces, creating the first formal beginnings of a planetary militia, and establishing relations with the local technical caste, after discovering the true power behind management of the local clans was. Key to this effort was taking control over the local war forge, and funding its manufacture of Heavy Industrial Armor – “Dingo Hide” for off-world export to the Dingoes various military-industrial efforts in the local constellation.

By 3033, their attentions turned to funding the rebuilding of the starport facilities, and possible expansion into the nearby support dome factions. In 3039, the facility was provided a force of infantry and technicians from the * Iron Dingoes Reserves, known as the 3rd Battalion, who immediately set about establishing the site as their operational headquarters. Today that operation takes the bulk of their efforts and time, though its Mech force ranges widely across the nearby area. The facility was considered operational by 3042.

Today, Aurora Landing is a frontier facility providing basic services to visiting personnel, and access to a very small trade opportunity with any visiting trade ships. Most use of the facility is simply the sporadic visits of the “Asperii” from the Abrasax trade efforts.