The Dingo Brand Corporation is the financial portfolio of the Iron Dingoes, covering both their commercial and military industrial production, as well as providing a market for its various landhold resources.

The CEO of the company is Executive Administrator (Captain) Massimo De Luca “Advocate”, whose headquarters in Ciudad Garcia is increasingly busy and attracting interstellar interest. 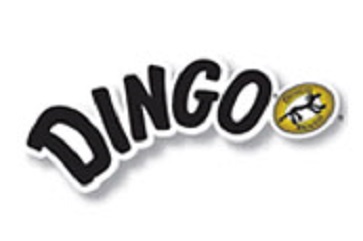 When first established, the “Dingo Brand Corporation” was a co-operative store in Garrison and was a novel concept. It consolidated the various local market services, most established some years earlier under Dingoes direction when they first took possession of the landhold, as a place for weekly market fairs in the Merctown portion of the local Garrison.

Today the company controls the Iron Dingoes various commercial and industrial interests, and operates as a very diverse conglomerate across multiple worlds in the local constellation. The company’s commercial interests in the markets of * Iron Dingoes Autonomous District (IDAD) generally provide agricultural produce (corn, rice, pork, herbs and vegetables, timber, palm oil, processed fish and Yurfal meat and hides), and numerous minerals (coal, iron, lead, aluminum, diamonds and some gold & silver). The company also manages the production of both Fusion and ICE fuels under The Fuel Rats label, and several important military industrial efforts under both the Husky Heavy Industries and Manticora brands.

Full production of the corporation’s military vehicle lines has become a leading company priority, as it has received full financial support of this initial manufacturing by the Iron Dingoes, leading to a sudden surge in war materiel reaching the district markets. Moving forward, the company is looking to expand into various local civilian markets, especially with the 3032 development of the * Iron Dingoes Autonomous District (IDAD), including investment into Mercado, Melang and Villa de Sabat to take advantage of the their workforce and industrial potential, as well as establishing new co-operatives in those communities.

In addition, it holds share interests in a few other corporate holdings, that it doesn’t directly control, such as Blue Mountain Mining Company, Horn Industries and Indumil, as well as the establishment of at least one nearby colony in System – Hawktor, in an effort to exploit its untapped resources.

There are a few dependent organizations within the company, that have not been spun-off into their own developments, though they might eventually be given independent control over their own operations. 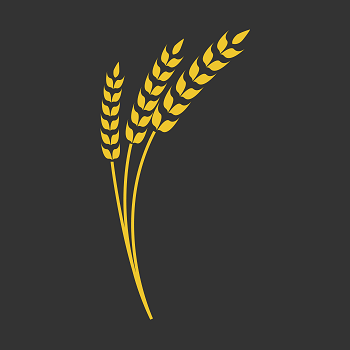 Formed in late-3042, * The Provisions Group became the civilian arm of the supply chain under the aegis of * “The Iron Dingoes” organization. The company operates largely independently, but still depends on the Dingo Brand for the bulk of its supplies, and feeds its profits back into that organization as its parent company. Another important supplier for the company remains the Mercado Industrial Group. 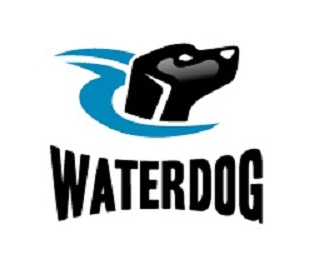 As part of the development of several small independent states around Terramatrix, Dingo Brand Corporation opened a new branch of their operations; docking and small boat services. Known as Waterdog, the company operates two small boatyards in The Independent Territory of Maroon and The Independent Territory of Davion Solitaire, each with docking facilities, and conducting boat repairs and some small-scale production of minor fishing and commercial vessels for the locals. It employs roughly a dozen local craftsmen in each operation. 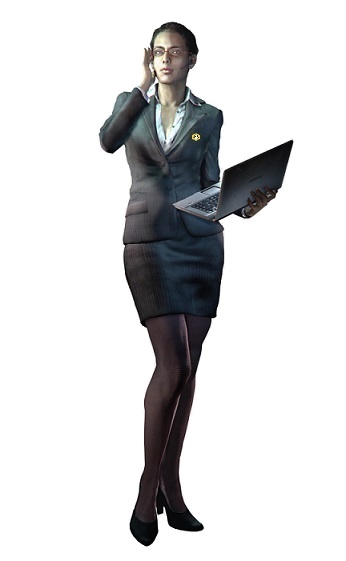 The company was soon expanded with the idea of a co-operative “country store” to bring in outside goods cheaply, such as kerosene, soap, salt, and other “luxury” goods. Offering easy credit and low prices, it actually began paying the local farmers who used the facility in hard cash. This provided a means for marginal farmers to market their produce without having to bother with other third-party brokers, often based from the relatively distant capital at Ciudad Garcia. It was an instant success.

In early-3025, the company began building a headquarters located in the Liberty Town district of Ciudad Garcia, where land was inexpensive, and the building became the technological and commercial centerpiece of an otherwise unremarkable part of the city. Another co-operative outlet was also established in an old grocery store across the street. The building was completed in 3026.

By late-3025, the co-operative opened an outlet in “The Factory”, and a second one in Ciudad Garcia, both depending a great deal on the logistics of Whippet Transport Lines to support its efforts. The agricultural produce from the Factory’s hydroponics facilities continued to play a key role in its orbital location, supplemented by meat and flour shipped to the station from the Dingoes own landholds around Garrison. 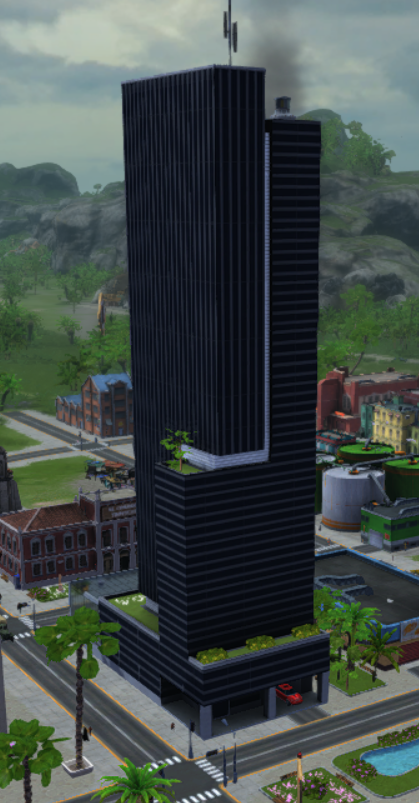 In mid-3027, the corporation came fully under the control of Captain Massimo De Luca “Advocate” as its CEO, when he began thinking about retiring from the Iron DIngoes line force, and within a few weeks petitioned the company for entry into The Industrialist’s League, and with the backing of its oldest in-system ally, Mercado, it was accepted. It promptly folded its entire roster of company’s under its umbrella, to better streamline its logistics and services.

In early-3028, the corporation began to import various cheap goods from its out-world holdings in System – Gollere, including Manticora and Husky Heavy Industries, as well as processed seafood, coal, iron and lead ore from their own landhold on that planet. These raw resources, mostly received as taxation from their private holdings, are being shipped under the Dingo Brand, and fall under the corporation’s management once in-system.

In early-3028, with the company largely secure in its holdings in Terramatrix, the company began looking to expand off-world to * Duchy of Tharn, where it had extensive agricultural and mining holdings. This process is incredibly slow, but is intended to gradually develop and pay for itself from company profits. Also in 3028, Advocate took a break, traveling with the Dingoes main line on one last contract as a sort of “Hoorah”, but intending to return in 3029 and continue operations as CEO. He eventually returned in mid-3030, and delved deeply into expanding the company’s interests and influence, primarily in the nearby constellation and into the Federated Suns Outback. As fallout from that expansion, the company underwrote a loan for the purchase of “The Storis”, which is slated to consume most of the company’s profits for many years to come.

In late-3030, the company merged with Borealis Corporation, taking a controlling interest in both the company and the territory it oversees, including its isolated community in the southern tundra of the planet. While costly to the company’s bottom-line, largely funded from the Iron Dingoes own reserves, it brought control of a vast territory and unique position in control of a semi-independent nation on the world stage.

In late-3031, the company also expanded into The Independent Territory of Maroon and The Independent Territory of Davion Solitaire, establishing numerous financial investments in both communities, including their trademark general store. They also first established their Waterdog brand at this time, though it was limited in scale and concept. They also established a partial interest in Blue Mountain Mining Company with its expansion of local bauxite ore in Maroon. The company also began full-scale funding of all its heavy industrial efforts, including various vehicle lines, at this time. 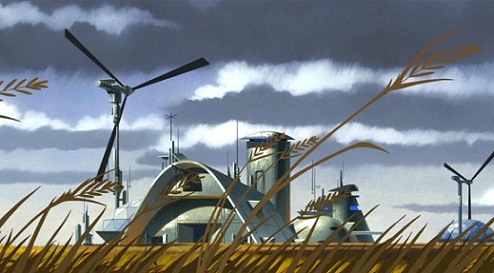 Throughout 3032, the company turned its attentions towards the development and initial colonization of Hawkport, which represented a significant expenditure of its interests and financial efforts to establish. By the end of 3032, the colony was considered established, and maintenance of the new venture became dependent on its local administration, their success in maintaining peace with the local inhabitants of System – Hawktor, and regular shipments of goods and injections of more colonists through Whippet Transport Lines interstellar transports. The colony’s shipments of Yurfal meat and hides, has provided another resource for the company to expand its financial base.

The company was unable to do much for several years, with its financial resources stretched and frayed with its recent expansions into the rest of * Iron Dingoes Autonomous District (IDAD), and support of the Hawkport colony. It did, however, have a prominent position during the international talks regarding the formation of the Terramatrix Trade Authority (TTA) in late-3034. not only hosting the various national trade ministers and corporate representatives, the company was able to spin the event into an opportunity to form various trade contacts outside its normal sphere of influence on the international stage.

The licensing of the Jamerson-Ulikov Water Purifier, by Blue Planet Utility Services led to the company backing Blue Planet’s efforts to establish a new manufacturing center for the device in Garrison. Although small, the production facility began mass production of the device to great acclaim world-wide, and a “flood” of income to that company. The devices were radically simple, and led to wide-spread use, first among local * Iron Dingoes Autonomous District (IDAD) communities at cost, and later to those in the district, nation and its allies.

The expansion of the company’s co-operative programs into The Independent Territory of Davion Solitaire and The Province of Central Marcos dominated its activities throughout the 3040s, giving it little opportunity to expand into other markets or efforts, but resulted in its presence in these distant realms and the subsidiary support in the spread of both Blue Planet Utility Services and Whippet Transport Lines in both nation-states. The spin-off of access to cheap iron and nickel ore also spurred its subsidiary in Husky Heavy Industries. 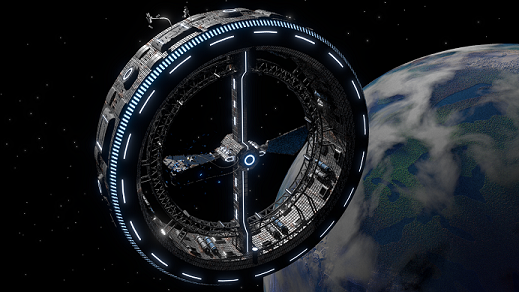 In late-3048, the invasion of System – Kaaniir by Iron Dingoes forces, supported by local freedom fighters, led to the arrival of the Dingo Brand to that planet. Occupation of the orbital trade port, “The Emerald Road” led to its presence in the system, and its agents began offering brokerage services for goods and resources for off-world currency. Among the small farmers and developing co-operatives, this is seen as a boon to their independence from former Ventura Foods domination, and given time, might become the primary force for driving the planet’s economy.