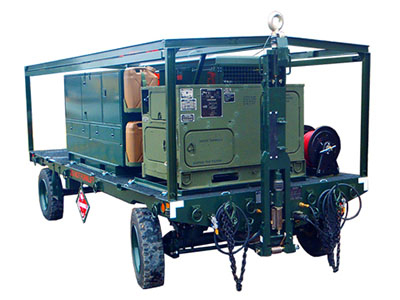 Designed by Growler Manufacturing as a sub-contractor for Acme Widgets, the trailer was popular and is still built for a variety of purposes, from farm equipment and produce, to its original purpose as an ordnance hauler in the military. Many planetary militias deploy them as light vehicle haulers and for salvage.

Overview : The J-27 “Landram”, which has yet to illicit a flattering (or even printable) nickname, is one of the backbones of large formation warfare. Primarily used as an ordnance transport, hauling munitions from secure areas and star-ports to forward bases, the J-27 is built to withstand guerrilla infantry, not front-line forces. The Star League used the J-27 as its primary munitions transport, building tens of thousands from its Acme plants.

Capabilities : Between the tractor and trailer, the J-27 Landram can transport eleven (11) tons of munitions, enough to resupply a typical lance of Mechs. A full ton of armor protects the vehicle from small arms fire and the weaker battlefield weapons. The engine has the ability to reach 86 kph over clear terrain, though most have integral speed governors that keep it slower at around 50 kph. Often, the governors are secretly removed by tech crews, because they know speed is what can keep its crew, and its munitions, intact.

Crews of J-27 Landrams tend to be the unit dregs. The DCMS is notable for using its criminals in penal brigades to crew these vehicles. Given the choice between death and J-27 duty, many chose the death sentence. Originally considered hyperbole, recent conscripts from J-27 crews have proven this as true. Ordnance transport duty is grueling work, with its crews almost always on edge, and stress levels often create a myriad of illnesses. Illness won’t, however, get a criminal out of duty work, and so the mortality rate among J-27 crews is over triple that of any other military vehicle.

In a nod of self-defense, the transport is equipped with a turret-mounted MG. Though some claim adding a second MG would help survival, the truth is it would only make J-27 crews more aggressive and get them killed even faster. The weapon is ideally used when attacked by small ambush forces, and to cover a retreat. Front-line units tend to scavenge J-27 ammunition, a practice the J-27 crews tend to dislike.

Deployment : The J-27 Landram is found throughout the Inner Sphere. All Houses have manufacturers who still make the vehicle, even in the Periphery nations. Acme’s licencing fees are extremely low, and none have ever felt a need to redesign the transport, even cosmetically outside of nameplates and unit logos. Among smaller Periphery nations and the lawless Periphery, the J-27 can be a rare commodity, well worth stealing.

Ever since House Marik began using the untis and their crews as a penal option, the practice has been adopted by many, except Houses Davion and Steiner, who feel the duty should remain a military task, though they tend to use the vehicles as punishment duty for soldiers. In some cases, such as the Capellan Confederation’s 125th Deadman Ordnance Carriers, units can prove to be loyal and capable troopers who will boldly protect their vehicles and contents to extreme levels of heroism, if motivated. This unit’s kill ratio against infantry formations rivals some front-line units. 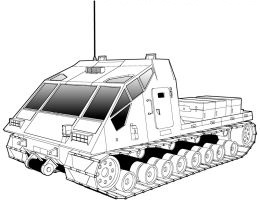 Variants : Many military crews have modified their vehicles to include more armor at the expense of ammunition for their MGs. Far more rare, is the inclusion of a fusion engine to improve speed, which tends to be found almost exclusively in ancient Star League stockpiles and depots.

The combat version, the J-27 “Killjoy”, is modified to appear like a standard J-27, but employs a missile launcher and more armor. The Federated Suns converts several dozen of these each year, making opposed forces question every J-27 they encounter.

The J-27 “Flatbed ATV”, is an environmentally sealed version of the J-27, used by frontier personnel in cargo-hauling operations. The vehicle disposes of its integral weapon and munitions, to provide all-environmental seals. While some employ the ancient fusion engines and see deployment in exotic and null atmospheric situations, most are the ICE versions, and simply see use in wet (swampy) and overly dusty (desert) environments. 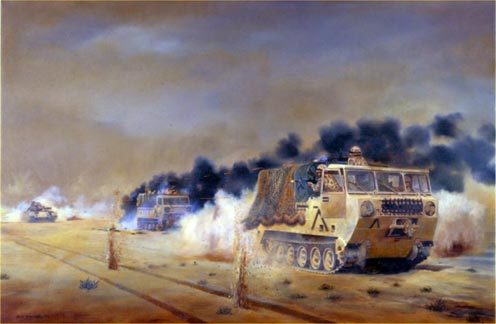