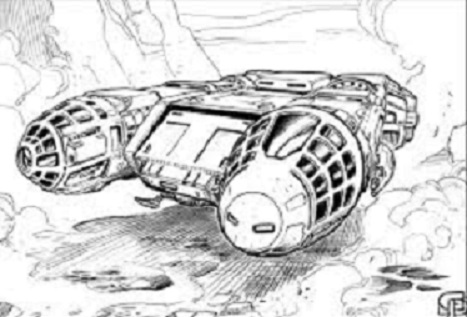 Overview : Employing a 200-ton, streamlined hull, the “Marava”-Class Far Trader is a small craft designed anciently to support JumpShips in their trading ventures, and dates to the times when space ships would fly to orbit and dispatch their small craft from massive bays rather than deploy DropShips from the Jump-Point of a system. In the early years of colonization, these vessels were integral for the contact and support of distant colony worlds.

Capabilities : Built around its 65-ton cargo bay, the ship has built-in fuel scoops and an internal fuel purifier, allowing it to operate for long periods of time away from the usual support services, typically up to a year. The vessel is fitted with a front loading ramp, and one side loading ramp port and starboard each, granting it ease of access for loading operations, usually in the form of Standard (5-ton) Cargo Containers. Some traders, expecting a need for transport on isolated colony worlds, store a light cargo vehicle in this bay, usually a smaller, light hover model to best make contact with trade communities as swiftly as possible.

In addition, each has a set of ten (10) staterooms available, to allow passenger service. These are usually never completely filled, but nonetheless requires the services of a dedicated steward to the crew, who usually also serves as medic, gunner (if equipped with weapons) and cargo master. These staterooms are actually quite luxurious for space travel, and serve as first-class quarters for anyone seeking passage.

The Marava-Class vessel’s Pulsar 500 drives are “maintenance-free” units that are greatly appreciated by its crews, usually needing an overhaul every year or so. The ship is capable of 1-G acceleration and 2-Gs under short periods for combat and orbital insertion. 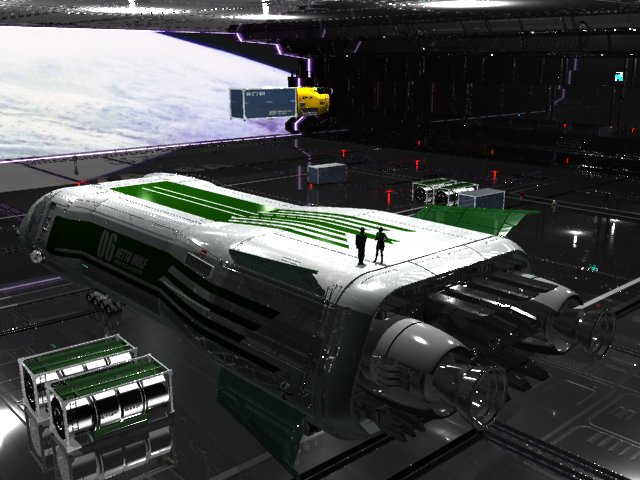 Deployment : As the vessel is generally no longer in production, it has all but vanished from the inner core worlds of the Inner Sphere. Its manufacturing lines in Marik space, where they first originated, have all been converted to Gunship production; typically the Lyonesse and the Aquarius.

In the Periphery, however, the vessels are used much as they were intended; owned by small families who often take passage aboard JumpShips with spare unused bays (an all-too common fact), they purchase small lots of cargo and speculate along set trade routes, making the trip to the planet, where they set up shop for a few weeks or months, trading for other local cargoes, before making a run back out to the jump-point and taking passage once again with a different JumpShip to the next system on their route.

They are common enough in the Davion Outback, and sometimes are seen as interface vessels along the Periphery. Nonetheless, they are increasingly fewer and fewer, as the ancient vessels wear out and are salvaged to maintain local AeroSpace forces.

Variants As the few remaining tend to be old and privately owned, they are always modified to suit the personal owners preferences. The most common is to equip the vessels with light weapons to defend the ship when it lands (such as MGs in a turret), but some have been converted into assault boats for marine activities, and deploy much heavier weapons, meant to blow hatches and cut their way through an enemy ship’s hull. 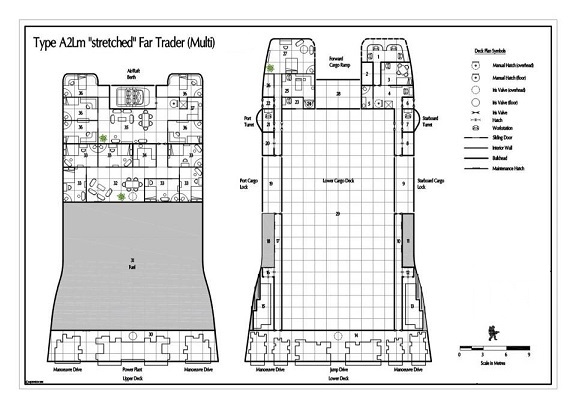 The “Merciless” is a “Marava”-Class Far Trader, owned and operated by Demar “Vandal” Cardiff.

In System – Patnir, during operations in late-October, 3048, the vessel acquired a pair of Small Lasers to equip into its turrets, giving it some defensive punch as point defense weapons. 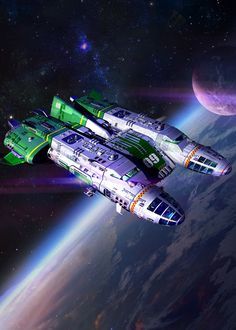