Notes : Cost = 760,000 Cs. Crew = 4.
“Easy to Maintain” : Repair and replacement rolls receive a bonus to the target number modifier to reflect the fact that the unit is easier to maintain and repair by design.
“Narrow/Low Profile” : Predator presents a very narrow or low profile to any incoming fire and impose a penalty to ranged attack rolls made by enemy units. 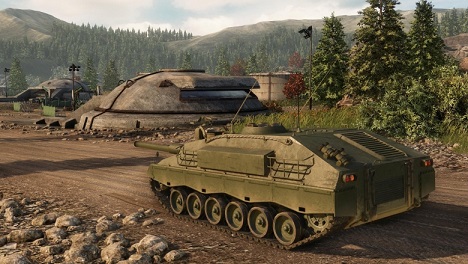 Overview : While the popularity of BattleMechs fluctuated during the Succession Wars, main battle tanks experienced several intermittent periods of resurgence as a less expensive, but potent, substitute. The Demolisher Heavy Tank, Manticore Heavy Tank and Von Luckner Heavy Tanks were but a few of the models designed for such armored and combined-arms operations.

The Capellan Confederation, finding itself caught in an ever-tightening grip between the Free World’s League and the Federated Suns, was gradually losing system after system. Desperate at the worsening strategic situation, House Liao’s military staff needed a way to stop advancing ground forces quickly and cheaply. Unable to field comparably sized forces of heavy tanks and BattleMechs, they sought a cheap, easily-produced vehicle capable of destroying these large, expensive targets.

After some consideration, the Liao leadership decided on an inexpensive new vehicle, classified as a “tank destroyer”, would have to be faster than the average heavy tank, and be capable of inflicting massive damage at close range; nothing else would matter. The Predator Tank Destroyer was the solution.

Capabilities : The Predator as its name implies, is designed to hunt; enemy tanks are its intended prey. Though only a medium tank in terms of its tonnage, the Q-Beam Model 400 Autocannon carried gives it the firepower equal to tanks half again as large. In fact, every system on the Predator was designed and fitted around the Model 400, a weapon so bulky that its armature and framework make up much of its forward undercarriage on the Ceresplex T17 chassis. Although the weapon is very powerful and very effective against many heavy and most lighter tanks, the severe shortage of ammunition carried on board causes constant supply problems while in the field. So much so, in fact, that some Predator units operating from fixed-defensive positions often keep a loaded J-27 “Landram” Ordnance Transport nearby for quick resupply.

The unit’s absence of a turret and unique suspension make for an interesting arrangement; instead of aiming the weapon when the crew wish to fire, the entire tank destroyer is aimed in the direction of the target. Due to this unusual mounting, the autocannon on a stationary Predator can be traversed less than 30-degrees in the forward arc of fire. Thus, if the suspension is damaged, the Predator is rendered virtually harmless. On the plus side, the autocannon can be elevated somewhat, allowing hull-down and defilade fire, such that the Predator can actually shoot at targets immediately below it, along a cliff face or building’s edge.

The unconventional armor distribution is another much-discussed feature. Nearly two-thirds of the armor is mounted in the front, with much thinner armor sheeting covering the sides and rear. This is in keeping with the “front-aimed-forward” design of the tank destroyer. Nevertheless, it is a source of contention with some, and clearly a potential trouble spot for anyone who crews the Predator.

The rear-mounted VOX IC engine has worked well on this vehicle, providing excellent acceleration and maneuverability and a top speed of 90 kph. It also grants the vehicle a balanced weight distribution as a counter-weight to the massive gun. The communications and tracking systems were designed and produced by a local Capellan-branch consortium formed by the Magna and VOX corporations, the first time these two companies have worked together. The resulting designs were unspectacular, but inexpensive to produce and maintain, and adequate for the task.

Everything about the Predator is workmanlike rather than elegant. Hastily designed and cheaply built, it has fulfilled its basic combat objectives well, but without a flourish or or any sense of glamour. One only has to ask the four-man Predator crew whether any expense was made for their comfort – then stand back, as they respond in unexpurgated detail.

Deployment : Though the Predator was neither the first nor the last tank destroyer built in the Succession Wars, it is a perfect representation of this class of vehicle and its design philosophy. Combining low cost, a very specific combat assignment, a minimal need for mission endurance, and a simple design for mass production, the Predator remains in production with House Liao. In addition, several thousand of the vehicles have been sold, loaned, appropriated, or captured by the Successor States, various mercenaries and Bandit Kings.

Variants : Predator variants are virtually impossible to manufacture because of the integral chassis placement of the autocannon, and the other design features that make the task equally unlikely. Any reduction in armor directly endangers the crew, the selection of a smaller engine offsets the Predator’s speed advantage vis-a-vis conventional heavy tanks, any smaller weapon minimizes the tank destroyer’s combat effectiveness, and makes changes to a basic machine like this completely unpractical. As unusual as this tank might be, any change in design or mission makes the vehicle utterly unworkable. 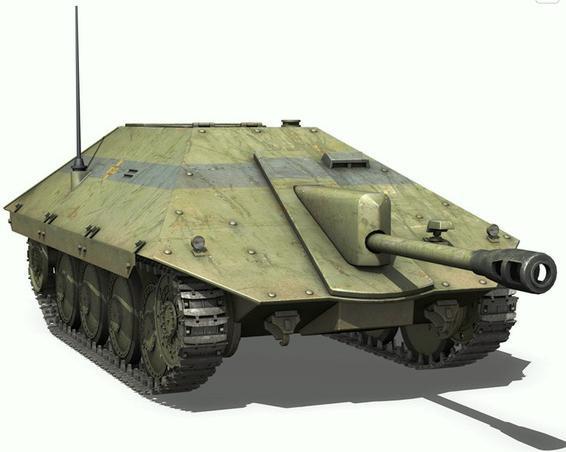