Von Doom’s Downport is the main drop-port for all of System – Dumassas. It also has a noticeable industrial presence, both in forms of large factories, and in local micro-factories. The district is also known as Industry City in most parlance, with most of its one-million population concentrated in the metroplex (230,000). Investment in the city-state has become limited to infrastructure renovations for the starport and its related industries.

A notable part of the city is its “Little Combine” neighborhood.

Once considered Terramatrix’ poorer cousin to The Free-City of Von Lord, (blue collar to Von Lord’s white collar), its heavy industrial efforts led it to jokes being made about “…the Von Doom aroma…”. Since its formation as an independent power, however, Von Doom has seen considerable technological and economic development. Visitors will notice the district’s busy starport and the new corporate business centers, but its main attraction is the downtown shopping complexes, such as Von Doom Mall and Villa Plaza.

Almost 90% of the local population works for the major local corporations, or in support of these industries, such as the starport. Most of the remaining population is engaged in light agricultural pursuits, primarily in rice plantations scattered across the outer edges of Von Doom’s controlled territory. Most of these plantations are large communes controlled as small independent corporate entities, but are managed through service contracts with ITT Industries for domestic consumption and international shipping.

Also notable to the city are its six hospitals, a local college ( Von Doom College, best known for its computer studies), and its distinctive local security forces.

The 3025-6 Outworld Flu damaged many of the other nation-states on Terramatrix, and also left its mark on Von Doom’s economy, hitting the production centers and its military in particular. The local security forces, however, managed to control the rioting, somewhat harshly, but kept its industry and all-important starport intact, with most of the losses from its virulent second-wave disrupting the city-state’s numerous hospitals, and doing some degree of damage to its agricultural farmlands. Overall, however, the damage was mitigated enough for the state to continue its operations, despite an Amber Rating given by most out-system travel agencies and traders.

In early-3029, the major corporation, Von Doom Industries closed its doors, selling-off its assets to various sources across the planet, including ComStar, who bought the company’s telecommunications research and development lines at a fair market value, while its computers and robotics divisions fell into the hands of rivals Ares Wartronics from The Free-City of Von Lord. Several small portions of these latter lines also went to its local rival Armadyne Industries.

In 3039, Federated-Boeing Interstellar sold off its interests in the region to Rio Tinto Group, and that company gained a foothold in the region. As part of its backing of the buy-out, it gained access to Whippet Transport Lines interstellar shipping network, and began occupation of its refining complex in Von Doom.

Armadyne Industries : When people think of Von Doom, they often think of Armadyne, a large Davion-based corporation that is involved in many fields, notably robotics, advanced medical devices, and the construction of orbital stations. Its local industries include small arms production, munitions development and medical research and supplies. Its industrial efforts are exported world-wide.

Starting in 3042, the company established a production facility for the Eligus Medical Diagnoser for domestic sales, and within a decade began exporting it across the local constellation.

Brightwater Paper Mills : Brightwater has a long history in the region, dating back centuries to the founding of the community. Modern filtering processes have eliminated much of the pollution that was spilling into the nearby harbours, but you can still smell the “…Von Doom Aroma…” to this day. Tours are offered daily of the facility, that includes a small museum detailing the planet’s paper milling history.

Brightwater doesn’t just manufacture traditional paper products, it also markets cardboard/resin furniture, paper/carbon frames, and feed stocks for other fabricators, such as newsprint. The company has recently diversified into rice paper, and has found its market shares improve dramatically as it panders to its Kuritan investors.

Interstellar Terramatrix Transport (ITT) Industries : Easily the heart of the local corporate jungle, ITT has long held the monopoly over the local infrastructure; its reddish marble and copper-tinted glass headquarters rises from the center of the free-city as its primary notable construction. ITT was the founding corporation of the community, and its control over the local starport and off-world transport has ensured its monopoly of the local economy.

Baron Rolf von Toerbach, the local “land-owner” (richest citizen and owner-operator of ITT), oversaw the import and export of virtually all goods in Terramatrix. The sole exception had been the appearance of * “The Iron Dingoes”, their protection over the development of The District of Garcia, and their own imposition of “The Factory” in orbit of the planet. While the lion’s share of goods still graces their land-based docks, and fills ITT’s company coffers, the fact that the Iron Dingoes exist at all had apparently given him fits for years. He claimed that their appearance “…is like worms eating away at the ground beneath our feet. They know nothing of what they’re doing to the entire infrastructure of our fair world…”. He did not speak kindly of them or their economic efforts at all. His assassination in 3024 led to the take-over of the company by Excalibur Corporation, and though the family still owns an important controlling interest, most of ITT’s income passes to its new parent company.

ITT controls a large ground-based shipping fleet and operates the Von Doom Interstellar Starport located in the southern portion of the free-city. More than three-dozen airlines and air-freight services connect the world to this important facility, referred to as VDIS in most documents. Air taxi and commuter flight services are handled by the internal security of the starport. The facility also deals with the handful of DropShips that choose to visit the planet, which is notably few enough, though increasingly many choose to simply use the Factory, and allow local shuttle services to interface with their DropShips. ITT provides limited repair and fueling services, while the starport itself has a large collection of restaurants and shops for traveler convenience. The VDIS facility is considered the pinnacle of traffic services across the planet. 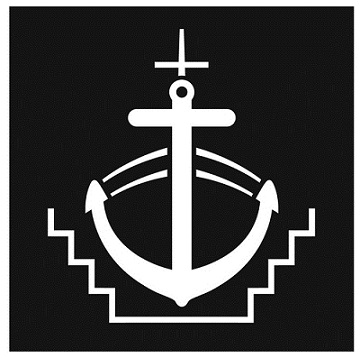 Learson Dockyards : The Learson Dockyards in Von Doom have been building commercial ships, from small pleasure yachts to cargo-hauling tankers, for over fifty years. They maintain a substantial customer list from all across the world, particularly San Marcos, but many private clients as well. They have placed particular credibility on their high-speed WIGE designs, but have lately fallen back to producing simpler, tried-and-true standard hull designs and propulsion systems, mostly due to a lack of trained engineers.

Rio Tinto Group : A major and increasingly expansive mining mega-corporation, Rio Tinto took control of the local Federated-Boeing Interstellar “Metalworks” refining complex in 3039. The site smelts, alloys and casts domestically mined metal ore into the heavy metals needed by most other manufacturers across the planet. A fair amount of research also takes place here, particularly for alternatives to standard steel-based materials, primarily in the search for lighter and stronger materials. 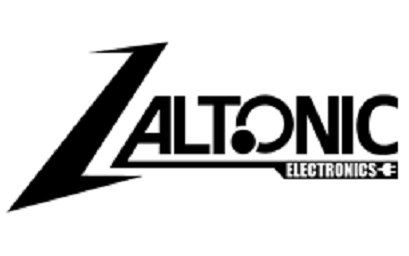 Zaltonic Electronics : Zaltonic Electronics manufactures all sorts of industrial batteries. Two of their products see wide-spread export; the high-power Z-Pro Fuel Cell, and the Z-100 Rechargeable Battery Pack.; the former is used in vehicles and the latter is employed in common equipment that use standard battery packs. The company has close ties to Armadyne as a major client, but sells internationally and as a minor off-world export item into the surrounding constellation. 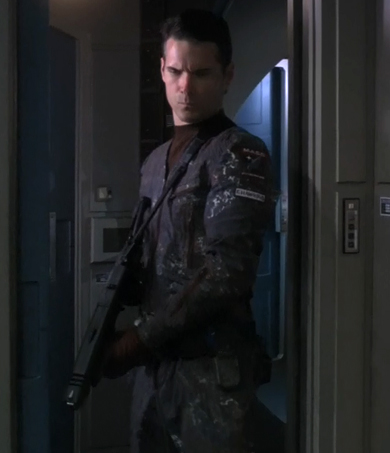 Von Doom’s military consists of a smaller force of infantry “Security Troops”, though they largely deployed as company-sized units in each regional electorate across the city-state. This constitutes nearly 5000 armed infantry militia, or roughly ten (10) battalions, that do double duty as police and as typical rifle infantry.

Originally armed as a typical trooper on System – Dumassas, they have begun to change over their equipment and arms to Excalibur standards. Most troopers presently deploy with Dumassas Militia Field Kits, their own HK 416 Assault Rifles, and typical Light Utility Transports. Support weapons are usually RPG-7H Launchers and SPM-18A3 “Backblast” Recoilless Rifles deployed at the platoon level. They have few APCs, or other substantial military assets.

Select forces are armed as Excalibur MACOs, with corporate-designed pulse laser rifles and a light pulse laser pistol for “hold-out” purposes or close-quarters fights. They are also equipped with a Stun Baton, light-weight manacles, two extra clips for the pistol and a military-grade battery for the rifle in a backpack satchel. In time, the entire city-state’s security force will be changed to this standard, once equipment can be acquired and shipped in-system.

The local military also possesses a company of heavy hover armor, four (4) TIG-15 “Tigress” Close Patrol Craft (Gunship)s and a wing of six (6) light TAAF-54 Vasarahai interceptors; many of their other armor and air assets were lost during the 3024 “Small War”. Virtually the entire national military is actually an extension of ITT Industries own security force, and the two organizations are slowly unifying in purpose and equipment.

In mid-3024, the Von Doom government sided with The National Legionary Tragnar and The Federative Republic of San Marcos in The League of Free Nations, primarily as a means to annex * “The Iron Dingoes” orbital trade port of “The Factory”. During their preparations for the League’s combined military efforts, the Iron Dingoes, under contract with The Oriental Republic of San Isabel, invaded Islas Brasilera and crushed most of their assault force, as well as capturing a large portion of the League’s air assets.

The nail in Von Doom’s coffin was the death of its leader, Baron Rolf von Toerbach during a high profile conference in a hotel next to the starport in Von Doom, along with most of the military and political leadership of the League. A week later, the corporate heads of Interstellar Terramatrix Transport (ITT) Industries capitulated to Excalibur Corporation’s demands, and the corporation (and its holdings on Terramatrix ) became a subsidiary of that large trade corporation. The war, as far as Von Doom was considered, was over.

The 3025-6 Outworld Flu pandemic further degraded the military establishment of this nation-state, and with cut-backs to its military spending by Excalibur, the nation lost 2/3 of its standing army and the conversion of the rest into security battalions. The starport continues to operate, but all ships must first call at “The Factory” with manifests and submit to inspections when requested, thus limiting direct trade of the planet’s resources, except to ships holding trade permits from Excalibur.

Today, the nation-state continues to be one of the most important industrial and trade nation in the world, though its control of the off-world economy remains questionable as long as “The Factory” floats above their heads. ITT generally maintains matters as it always has, but the pretense of a Baron is gone; no surviving member of the von Toerbach family has yet claimed the title, though they continue to profit from their holdings and association with Excalibur Corporation. The other industrial corporations plod along, keeping their heads down, and try to maintain their market shares. 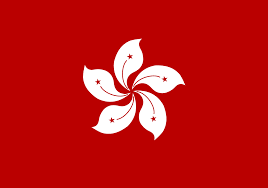