A History of Conquest 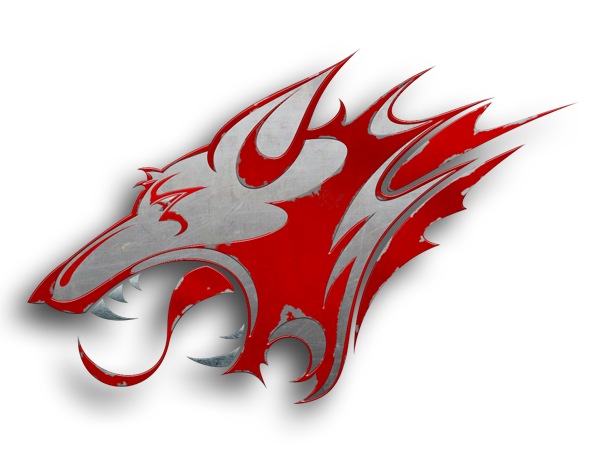 The last decade, since the reorganization of the Iron DIngoes following the loss of most of our leadership hierarchy in the wake of the War of 3039, has been one largely of consolidation and concentration of our efforts in building the influence and capabilities of * Iron Dingoes Autonomous District (IDAD), as well as the corporate expansion of the Dingo Brand Corporation and its influence in the local constellation.

The reign of Paladin as our nominal leader has been one of relative peace and the building of trust between our forces and the population of System – Dumassas. It is a great legacy he leaves behind as he is set to pass the baton of leadership over to his daughter Nyx in the coming years. IDAD is a true national power in both Terramatrix and the nearby constellation, where its military might remains unrivalled. Troop recruitment remains steady and technicians continue to increase in number and skill through our expanded education programs in both IDAD and its subsidiary territories. Medical capabilities have expanded through both industrial means and training.

The nation’s * Diplomatic Corps (DC) has achieved a position of authority with most of the worlds in favour of the Commonwealth, and is seen as the international extension of our civilian government, though we suspect the National Intelligence Directorate (DNI Sangria) knows the truth of its formation and organization, but does nothing to counter their influence, provided we do not meddle in the internal affairs of Sangria and its governance. In some cases, the two even work together, when DNI finds itself in need of off-world knowledge and information.

While most of this is not new knowledge, I thought a brief outline of our present status might be welcomed so that everyone on the Council is walking in step. What needs addressing, however, is the recent “Olympus Mons” incident, as it has far-reaching effects and relates to the capabilities of both our marine forces in * Black Ice Command and the investigative abilities of both the * Diplomatic Corps (DC) and the heir-apparent.

On its surface, the arrival of the “Olympus Mons” several days ago was seen by most as just a continuation of the constant refugee outpouring from the edge of Hyades Space; certainly the rest of the world views it as such. What became immediately apparent was that this was an unusual occurrence. Members of the System-State – “The Bellguardian Sojourn” star navy do not simply flee, nor was their cover story about their colony being hit by pirates believable, as the Sojourn simply has no colonial efforts outside their three worlds; two of which are heavily guarded, and the main colony itself is a hardened police state with several of their WarShips in attendance. Our forces were immediately placed on alert and DC advisors placed among the crews even before the vessel had managed to reach “The Factory”.

While the appearance of Nyx among the first relief teams was a surprise, her Praetorians kept her safe, and her activities played well on the international media in building her benevolent public appearance in international circles. While there is no doubt that she does likely care about their well-being, we all know she is her mother’s daughter, and will use any circumstance to her benefit, and plays well with the media in all her public appearances. It was, in fact, her Praetorians who alerted the DC to the weapons hidden among their refugees, and the timely work of her * Fraternal Iron Dingoes Organization (FIDO) forces to identify the anomalies among their cover story.

When we moved against the secretly armed forces among them it was then that we discovered the identity of their forces; none other than Sir Gildemar Tomas Ashley himself and his closest supporters. AShley a political dissident within the Bellguardian Military was the survivor of a failed coup some years ago, and was exiled to Gorgon the prison-planet of the Sojourn and noted for its harsh survival conditions. The vessel succeeded in rescuing him and most of the population of Gorgon from their exile, though it was a costly effort, and led them to seek sanctuary far from the influence of the Sojourn and its military forces.

Ashley immediately surrendered himself and his supporters to our forces, and after petitioning to speak directly with Paladin, was given an audience. The two spoke at length, and while we did not agree to help him achieve a military coup, we did offer to shelter him and his supporters until the matter could be studied at length. At present, while he and his direct supporters are under watch at Fort Boomerang, the legitimate refugees among the former prisoners are being processed and given typical offers of land and material support within IDAD for them and their families. We suspect little difficulty integrating them into our society.

The matter of the “Olympus Mons” remains to be discussed, however, as it would require an extensive refit to bring it back into formal service in any appreciable form. While we have delayed bringing our allies in The Trojan Dominion of Cortez and their hidden shipyard into the picture, with the presence of both our WarShips, as well as the potential use of the Olympus Mons in our home system, combined with a pressing need for our Commonwealth “Interdictor” (Gunship)s and their support stations to come online, we need to include them sooner, rather than later, into the picture.

In the end, however, the decision is yours, and I encourage the Council to resolve this issue by the next annual meeting.

A History of Conquest