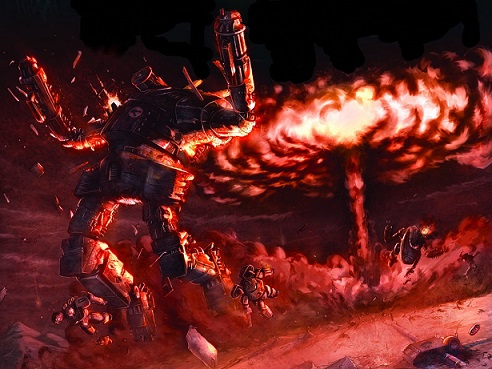 Over the next ten days, combined forces from the signatory nation-states of The Commonwealth of Nations, as well as * “The Dead Man’s Hand” operating under the banner of the Commonwealth led a relief effort among the survivors at FOB Jericho, and began to patrol the former borders of the nation-state in an effort to protect the remaining frontier communities from possible invasion by its neighbors. in the wake of the devastation, peace fell over the region, as its shell-shocked citizens struggled to find purchase in the new territory of the fall of Petrópolis.

Over the remainder of 3032, the region became a calling point for international relief efforts, and eventually became a popular place for civilian and military assets to meet and discuss the problems associated with Petrópolis, and other international matters. Leading the way was Captain Elias Koteas and his Field Surgery Group from the * Iron Dingoes Medical Corps. Considered the leading medical officer of the effort, his direction brought the many different organizations together, and smoothed the effort. In many international medical groups, his name has appeared with great honour as a result.

By year’s end, the mercenary force of the 7th Cavalry – “The Iron Ponies” had taken a long-term contract on behalf of the Commonwealth to resolve the issues of governing the region and defending it against raiders and foreign control. They had been formally acknowledged as a political entity should they fulfill their mandate, and take a seat at the Commonwealth’s table. For many in the international community, however, the problems associated with Petrópolis, seemed to have been resolved.