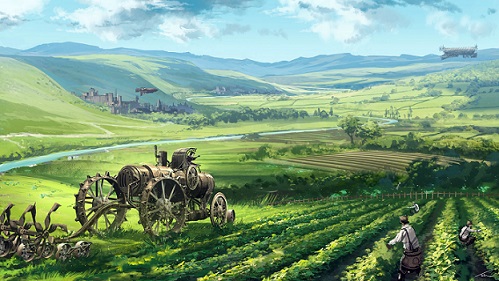 Homecoming : Beginning their long trek from their holding position on Basalt in mid-August, 3029, the unit took a long road back through New Avalon and Filtvelt stopping for some weeks to recruit and fill-out a new infantry company, the 15th (Jump) Infantry Company – “Death From Above”, before eventually returning home to Terramtrix on July 3030 for a lengthy period of downtime in their old haunts.

After resolving several financial matters attributed to their lengthy period away from their landholds, sourcing new supplies, and seeking replacements from their local resources, they stepped-up plans to invade System – Pa’an by year’s end. They also activated their large battalion-sized infantry forces, and re-organized them into formal formations, intending to rebase them once they had some training in their new formations.

The unit returned to System – Gollere in force, making plans to establish a larger military depot at Rejhappur Starport under their Whippet Transport Lines brand, in anticipation of increasing movement of material and resources through the system. They also met with Lady Kalique Abrasax, seeking her latest intelligence regarding Pa’an, and then burned back to the pump-point and jumped into Pa’an on August 15th, 3030.

After some discussion, the unit decided to test the waters personally, rather than drop in force, and started with the Command Council and * “The Werewolves” aboard the “Barracuda”. They landed first at Downdistrikt, speaking with their local Rockhopper Exploration agents, and then, following their advice, traveled to the so-called Republic of Gallos, finding it little more than a grubby collection of fisheries and a single large town. Eventually making contact with Ambassador Inara Serra, the unit discovered the state of local affairs, and decided to rather than precipitously invade the colony world, they might take some time to support the military of Gallos and its possible allies, and eventually help them assert authority to take command of the planet’s world government. They recalled all their local intelligence assets, and left the system.

Returning back to Gollere, they began to make the arrangements with Lady Abraxas to ship the required goods in the future to support Gallos and its allies, and continued on back to Terramatrix, returning to their landholds on the 8th of September, 3030. They learn of the rise of The Gatun Foundation, dispatching an offer of military cadre services.

The unit then began organizing plans to look into the possibility of influencing * The Independent Territory of Borealis, recognizing its importance in their long-term plans for the planet and their nearby production factory of * Deep Ice One. They organized a soiree at * Sierra Madre Casino & Villa inviting numerous important national and international corporate officers, with the help of their long-term ally, the president of Bertling Logistics, “Big” John Stone. After he introduced Paladin and Advocate to Lord Administrator Prestor Sifuentes, they managed to discuss the merger of Borealis Corporation with Dingo Brand Corporation, and thus assumed control over a vast section of the southern reaches of the planet; the Iron Dingoes had just bought Alaska.

The unit then spent the next few months sorting through various personal projects, and assimilating the government and corporation of Borealis, making their impact felt on the global scale in an absolute manner. Every nation on Terramatrix sat up and took notice of the Iron Dingoes influence.