The most important events in recent Inner Sphere history. 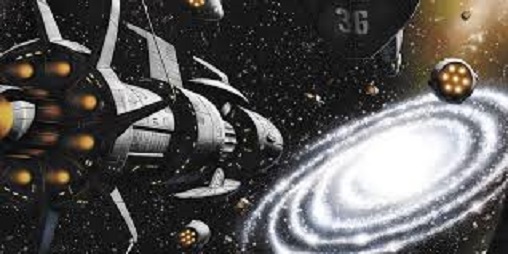 3005 : The Ministry of Development reorganized, Wolf’s Dragoons arrive in the Inner Sphere, make first contact with the planet of Delos IV and contract employment by House Davion. 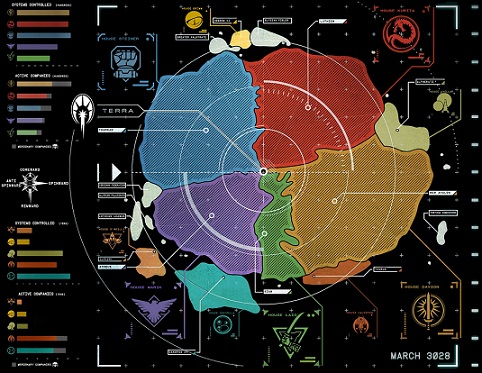 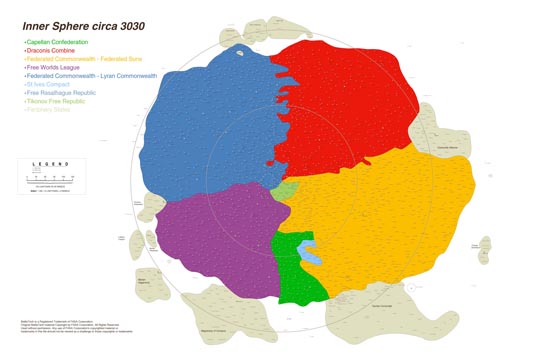 3031 : Po Heavy Tank introduced. The Duchy of Andurien allies with the Magistracy of Canopus, and both declare war on the Capellan Confederation. The Tikonov Free Republic is absorbed (by vote) into the Federated Suns. Wolf’s Dragoons elite unit the Black Widow Company made available for hire after restructuring to battalion strength and led by Natasha Kerensky. 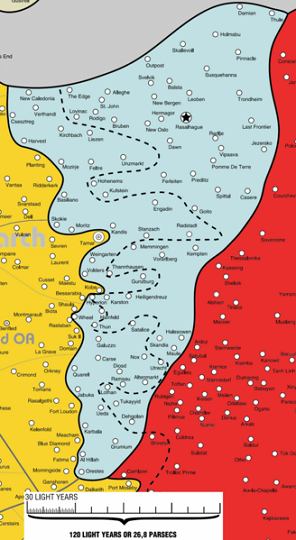 3037 : February 4th : Duncan Marik dies while leading an attack against Andurien ‘Mechs on Xanthe III; Captain-General Thomas Marik uses the shock of his return to pass the “Addendum to the Incorporation” and rescind the Home Defense Act. The Duchy of Andurien regained by the Free World’s League. The Circinus Federation invades Dersidatz.

3038 : Wolf’s Dragoons Delta Regiment conducts a botched raid on the Kurita-held world of Murchison, taking heavy losses. The Commonwealth of Nations involves itself in the growing global conflict on the South Manifest Islands. The “Unification Wars” begin.

July 26th – August 5th : While on contract at Elidere IV, * “The Iron Dingoes” take notable losses along with the 1st Screaming Eagles mercenary regiment, facing down both the 9th & 10th Ghost Regiment. Retreat to Glenmora.

3040 : January 4th : Katrina Steiner dies. January 19th : The “Exeter Accords” are signed. May 8th : Kyalla Centrella is removed from office and Emma Centrella is named Magestrix of the Magistracy of Canopus. Duchess Catherine Humphreys of The Duchy of Andurien dies.

A Ryan Steiner-ordered Free Skye terrorist attack on the ComStar HPG station on Ko, results in ComGuards being posted throughout the former Lyran Commonwealth. The mercenary unit Dedrickson’s Devils breaks contract with the Federated Commonwealth and takes service with the Taurian Concordat. 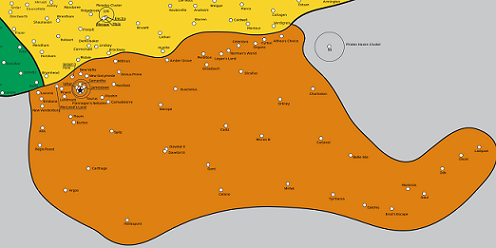 3042 : The Taurian Concordat assimilates System-State – “The Unity of Promise” as its farthest colonial holdings in the Spinward regions of the Hyades march. The embezzlement scandal of the Far Lookers colonial sect breaks, naming Baron Kenton Sarne of the Ministry of Trade and Colonization as its ring-leader. He is exonerated by Jeffery Calderon, son of Protector Thomas Calderon, given his efforts in the colonial expansion of the realm, but tax breaks for further colonial expansion are halted.

A Federated Suns-registered commercial freighter mis-jumps into the Taurian Concordat. The Taurian Defense Force (TDF) overreacts and destroys the ship before it can identify itself. Marik forces probe the Sarna March defenses by attacking Gan Singh, but are soundly defeated by the FedCom defenders under Andrew Redburn. The Arcadians mercenary regiment is formed by retired AFFS officers.

Band of the Damned pirate band appears in a raid against the Draconis Combine world of Hongor. Hanse Davion orders the 9th FedCom RCT into The Tortuga Dominions to destroy the pirate enclave and capture Paula Trevaline; at great cost they succeed in capturing her and occupying the Periphery state, ending the menace of piracy along that border.

3044 : “Operation FLUSH” ends, with both intelligence agencies of the Federated Commonwealth and ComStar calling a truce in their silent war. James Moroney begins public speaking tours of former Rim Worlds Republic systems across the Periphery edge of House Steiner, calling for the formation of a new state.

3045 : the Taurian Concordat world of Pinard is raided by Dedrickson’s Devils, a mercenary unit under contract with House Davion that had gone rogue. Considered an attack by the AFFS, the military goes on high-alert expecting a renewed Inner Sphere invasion of the realm.

3046 : Numerous raids cross the borders from both pirate bands and between the various Inner Sphere forces, all rebuffed.

The FWL parliament passes the Military Reorganization Act, placing all military units in the League, whether federal or provincial, under the direct control of the Capatin-General and answerable to the parliament.

3047 : Popular action holovid “The Bounty Hunters” is released. Conspiracy holovid “The Phelidere Project”, loosely based on the disappearance of the Fortress-Class DropShip during the War of 3039, “Paymon’s Staff”, is released. A Federated Commonwealth freighter is destroyed by the TDF in the Landmark system following its misjump into that system.

Rumors persist in various Minor Periphery realms, such as the “Empire of the Stars” engaging in raids and invasions in the coreward and Spinward regions.

3048 : November : Devastating pirate raid strikes Otisberg. Capellan forces attempt invasion of [[St. Ives Compact | the St. Ives Compact]], but are repulsed by the 1st Kell Hounds. The Band of the Damned pirates are defeated by 7th Pesht Regulars on Ambergrist, and reorganize under new leadership. ComStar officially publishes the Technical Readout 2750. Imperator Marius O’Reilly dies in a “climbing accident” on the Marian Hegemony world of Herculaneum.