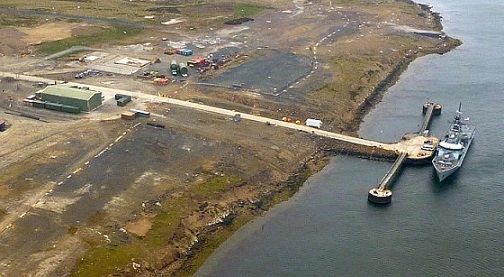 Operation Mercury : Meetign with the Baron of The Oriental Republic of San Isabel on October 3rd, 3024, the Iron Dingoes convinced their allies of the importance of invading and seizing Islas Brasilera. The unit hammered out Contract – Operation : “Mercury Rising” and within days were ready to support their allies in the attack.

Meanwhile, Executive Officer Frank Simmons approached the unit, and made an offer to bring peace between the Iron Dingoes and Excalibur Corporation. After agreeing with most of their demands, a peace treaty was hammered out as well, and Excalibur Corporation began to operate in support of the Dingoes allies in interdicting the system, primarily using their WILDCATs and Marquessa as their sword.

On October 28th, support for the islands had appeared, with the deployment of the bulk of the San Marcos naval fleet to the area. On October 31st, the unit loaded its transports, and conducted a covert strike against Mount Pleasant Airport using * “The Werewolves” to scout the site and secure several resources. The unit then dropped near the site, and conducted their raid on the main airfield, brushing aside a punitive air strike by the local six (6) Corsair AeroFighters. The airfield was host to a large force of transport aircraft, and an entire battalion of green militia being trained to operate as paratroopers. In addition San Marcos unique Air Mobile Field Hospital was deployed to the site.

The Iron Dingoes crushed the forces defending the airfield, and then moved on to stop a relief column of a company of heavy tanks sent from the military base at Mare Harbour. Landing reinforcements at the airfield, the unit then scouted the capital, and moved on Port Stainless leaving their more damaged forces behind to repair, and reposition their DropShips in a sub-orbital jump.

The battle at Port Stainless proved to be against a mixed force of anti-Mech tanks, an infantry support battalion, and numerous well-armed regular and MilitiaMechs, the latter of which tried to ambush Iron Dingoes command. By the end of the day, San Isabel infantry were landing at Mount Pleasant, and the capital was abandoned by its San Marcos defenders. Another raid by * “The Werewolves” against a local secure storage facility also netterd them a windfall of hard currency, precious metals, and the Imperial Crown of Terramatrix.

After several days of mopping-up local infantry defenses and fortifications, the island completely fell under the jurisdiction of San Isabel, and the unit fell into a defensive position on the islands while San Isabel began sorting out the islands as their newest territory.

Word came into the unit’s possession of a high-profile meeting between all the heads of the various governments of the “Free Nations”, and despite various civil disturbances were meeting at the end of November at The Free-City of Von Doom’s Downport. Taking advantage of their opportunity to end the war quickly, they activated their agent Senior Tech (Intelligence) Selena Marie Demarkos, and using her ability to get * “The Werewolves” into place, hit the gathering in an assassination operation that leveled the hotel complex and killed most of the Free Nation’s leadership, though it was a difficult proposition and nearly failed.

Excalibur Corporation swept into the maelstrom, and within days had secured the neutrality of Von Doom, as well as the purchase of ITT Industries directly. Meanwhile the other allied nations of San Marcos and Tragnar broke into a series of civil disorders and chaos that eventually led to the end of the so-called Small War, not with a great victory, but a quiet whimper as its own districts tore themselves apart. By the end of 3024, the Small War was effectively over.