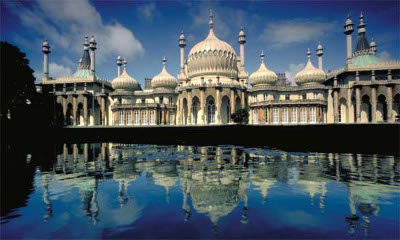 Heroditus : The next couple months were a leisurely trip along the Periphery edge of Liao Space, before the unit reached the Periphery pleasure-planet of Herodtitus, where they began a period of rest, relaxation and re-organization. Upon arriving at Heroditus, the Dingoes formally incorporated as the “Iron Dingoes”; a Mixed Battalion, and spent a few weeks restructuring their unit and hiring new pilots, crew and staff. During this time, the Dingoes formally absorbed “The Snow Dusters”, and added their force of armor and infantry directly to the unit combat line, along with several smaller infantry units and individual soldiers hired to fill-out its ranks.

A month later, the Iron Dingoes managed to procure a minor contract helping a small mining colony defend against constant raids by unknown bandits, which led to a series of political and legal maneuvers that touched fairly high in both the planet’s noble Moot and its government security forces, the “Admirality”. It culminated in a legal battle for possession of a pair of DropShips and various “Black Ops” both against and for the Dingoes. As fallout of that legal fracas, the minor Hedonist noble House of Scrope was reduced from the Moot, and fled to their contacts in Liao space. In the end, however, the unit had procured a new DropShip, a Union-Class combat vessel, (The “Brush Wolf”) capable of holding their line Mech units and reducing the pressure on their logistics.

With six weeks to spend waiting for the Vagabond to return from a private trade mission, another round of recruitment began, including hiring a battered infantry command (“The Last Bastion”) from the civil war raging in the Periphery system of Patrician. Towards the middle of this latest round of new hires, the Dingoes began looking for VR training pods; partly because of its member’s addiction to them, but also because of the utility they viewed in training and maintaining their skills while in the void of JumpShip travel. Despite bureaucratic red tape, local mob interests, and a rogue mercenary command trying to claim the missing VR pods for themselves, the Dingoes raided the site and came away with twelve VR pods, a pair of training Chameleons, and salvage to pay the local mob boss, “The Ruler”, for his providing enough of a distraction for them to escape with the goods unnoticed.

Operation Overlord : Following another short recruitment drive, the Iron Dingoes began to gain the notice of the local media, and not in a good way. As matters began to spiral out of control, they managed to get a contract working for the Taurian Concordat, assisting an expeditionary force in assaulting a planet under the grips of a large band of pirates. The trip to Dunkelheim and the initial drops on the planet went well for the Dingoes, though their allied mercenary forces took heavy casualties. A landing zone was established only 20kms west of the planet’s starport, (known as “The Citadel”), for the unit’s assets and the supporting Taurian forces to land and prepare for their assault on the pirate “White Death’s” forces.

The initial assault had proven deadly, primarily because of extremely heavy defenses on the starport “Citadel”, and the local resistance fighters had knowledge that allowed the Iron Dingoes to be sent in (as the only viable Mech force on-planet, at present) without notice. Though a brief and brutal fight with some assault Mechs in the tunnels did some damage, several hours later, they emerged into the open area of the Citadel’s compound, looking to blow something up. They sent a small recon force into the maintenance facility, who managed to infiltrate and destroy the primary power generator for the entire starport, and followed-up with a rapid strike on the facilities naval laser towers and orbital missile bunker, destroying all their targets. Though they did only passing damage against the defensive forces of “the Citadel”, their raid allowed the remainder of TF 29 to assault the facility with minimal damage, making their actions very noteworthy and gaining the attention of the powers-that-be.

Next, after a short time to rest and refit their units, the Dingoes were assigned to pacify the region immediately to the west of the Citadel, known in military dispatches as the “Central Sector”. After a range patrol and a sharp fight with a lance of suicidal Mechs that tried (and succeeded) in slaughtering a number of civilian refuges under their very noses, the Dingoes moved to capture and hold the sector trade town of Hebron, and thus pacify the region. The assault of Hebron was a messy affair, that took its toll on the Dingoes, testing their fortitude and skills. Eventually successful, they also managed to halt a convoy trying to evacuate the city with several hundred tons of supplies, and spent several days mounting patrols and slowly repairing their Mechs in twos while they tried to establish formal ties with the town’s leadership. After a month of dealing with food riots, constant sabotage and the mind-numbing meetings with town council, they were relieved by a pair of Concordat infantry companies, and given two days R&R, in preparation for a new assignment.

Baron Sarne ordered his superior BattleMech forces to begin flanking the planetary capital of Goldberg, sweeping White Death’s outposts in a series of raids and steady attrition. In reality, Sarne detailed the Iron Dingoes to probe the city defenses and, if possible, end-run around the defenders in a rapid raid to swiftly and stealthily move towards the palace and command center of the government buildings, destroying it and any repair facilities situated in the area. The raid proved successful, taking-out numerous parts depots and the vehicles and techs within each that were hastily trying to repair White Death’s severe battle damage, as well as his primary command post. The resulting chaos began to tear his allied pirate forces apart.

Fleeing the ruined city center, the Iron Dingoes retreated to Hebron, in the face of a large force of mechanized infantry, and a pair of hover lances that followed along behind the Dingoes, pushing them forward. Arriving just as the Dingoes got into position, and were joined by a hot-drop of a pair of Mech lances and their supporting DropShip. While the infantry probed into the town center, destroying the erpair facilities and government center, the raiders, ientified as “The Shrieking Reapers” pirate band, struck at the refinery and industrial center. The resulting counter-raid again tested the Dingoes fortitude and skills, but ultimately the raiders were able to destroy the refinery in Hebron, and retreat. Though the Dingoes held the field, they were battered and in severe need of a break to withdraw, repair and refit.

Following the loss of the refinery, as well as a general collapse of White Death’s forces around the capital of Goldberg, TF 29 began to change their tactics. The unit was placed in “reserve” status to rebuild and reorganize for a month, while the rest of TF29 went on the offensive. The artillery assets of the Dingoes were requested to help reduce Goldheim’s defenses, while the Dead Man’s Hand was upgraded with better quality Mechs salvaged from the field. The unit officers attended a general meeting and personally met with Baron Kenton Sarne and his assistant, Brigadier Karolina Kross “Cover Girl”, for the first time. It is believed he offered them the chance to become “House Troops” following a long-term contract as cadre on a nearby planet.

At the month’s conclusion they began a rapid series of deployments. First, to an isolated ranch in the north that proved to be a site where “White Death” had been storing various goods and parts, including a couple dozen rare horses, various parts and vehicles, and a large quantity of supplies identified as essential to establishing a long-term colony somewhere… They returned to the Citadel spaceport, and after a short rest, were sent on a rapid insertion to seize “White Death’s” fleet of JumpShips at one of the planet’s Lagrange pirate points. The fleet included two Invader-Class JumpShips and a rare Tacker-Class WarShip that appeared to be a standard Merchant-Class JumpShip. The assault took its toll on the mercenary allies of TF29, however; it severely damaged “Bane’s Badgers” and destroyed “Veruca’s Visigoths”. But the Dingoes had accomplished their goal and captured “The Den Mother”. They returned to the Citadel for a short repair time, and were immediately sent off on another mission; the capital of Goldberg had fallen to TF 29, though at great cost.

The main thrust of TF 29 were engaged in sacking the capital, and so the Iron Dingoes were sent north to assault one of the last pirate strongholds on the planet, a fort/depot that required them to assault a pass, and remove its defenses before they could land units at the site. The unit gathered all its available Mechs (both Line and Reserve), its Line Armor and Infantry, and even brought their Starguards, intending to use them against any bunkers they might find. The entire Salvage Group of technicians was brought as well. A day into the trip, they realized their mistake; White Death jumped a 100,000 ton unknown WarShip (believed to be The Black Star into orbit above the starport, and dropped Mechs and APCs filled with suicide commandos onto the starport, targeting the mercenary troops of TF 29s DropShip transports. Though most of the Mechs and infantry were destroyed or forced to withdraw, they accomplished their task; mercenary forces were grounded and unable to engage in any orbital maneuvers until the end of the campaign, due to damage to their DropShips.

Recognizing their mistake, the Dingoes sent their Stargaurds back to their assigned DropShips, but moved forward, eventually forcing their way through the pass’ defenses to assault the mysterious “Depot 519”. After securing the facility (and capturing a Lion-Class DropShip), the unit salvaged what they could, and retreated from the site, watching it self-destruct. Returning to “The Citadel”, the Iron Dingoes spent the following month conducting repair work, while many of its members underwent surgery for recent and long-term injuries, recovering while their Mechs were repaired. The unit managed to procure an Invader-Class JumpShip, and a new Union-Class DropShip in negotiations, and eventually agreed to a 20 month contract serving House Sarne as Cadre on a distant planet near Concordat space and in Systems Constellation – “The Outrim Void”. The rest of their time on-planet was spent in patrol work and hiring replacements and new troops to improve their task as contracted garrison and trainers.