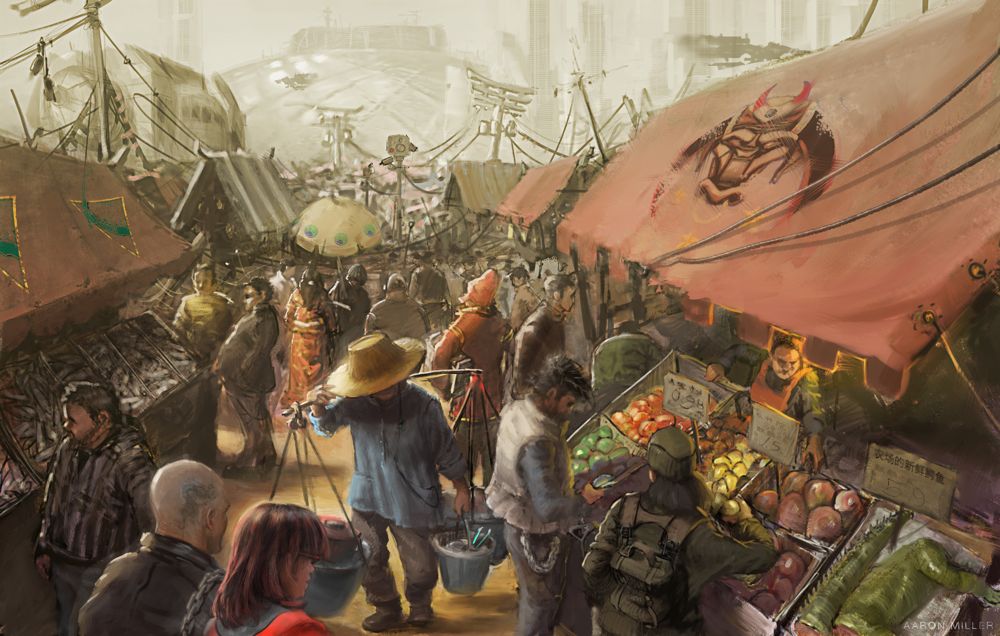 TANSTAAFL : The unit spent most of early-3025 taking some “personal time”, and watched with horror as the eastern nations of San Marcos and Tragnar tore themselves apart. They also toyed with the prospect of employing the two Jumpkeys and visiting the System – Pirate’s Haven Star Cluster, and did a little research into the possibilities they might find therein. The northern provinces of The New Republic of Sangria also began to come into a localized level of conflict, and the other districts in the nation held their collective breath.

Eventually the unit boarded their transports, and on March 26th, 3025 used one of the Jumpkeys to enter the cluster. They discovered System – Farlight, and explored the main planet, despite its extreme decontamination procedures, finding that an advanced culture had taken root in the cluster, and this was but one of several systems within the Pirate’s Haven Cluster under control of the enigmatic figure known as The Warlord. Using the other Jumpkey they traveled to the capital of System – Aurore, to realize the depth of this culture and how it actually represented a hidden periphery minor power, with industries, agriculture and provided the strength of the Starlords – “The Brethren of the Void” culture. They also discovered that their old enemy “White Death” was a powerful local “Lord-Marshal”, controlling a large landhold on Aurore, as well as a sizable fleet and army of his own. There were many echoes of how White had organized his nation-state, and how the Iron Dingoes own history had played out.

Formally meeting with The Warlord, the unit presented their “Piece of Eight” recovered back while still scavenging on System – Claybrooke, “Lady Glamour, Reaver of the Stars” claimed her position as a Starlord. Only one pirate challenged her for the position, and the unit gathered to fight “Humzan the Giant” and his followers in a ritualistic duel that seemed oddly alien in its approach. In this fight, each individual warrior chose a duel partner and fought only that warrior with the claim “Bargained Well, and Done!” when complete. The fight went largely in their favor, and Glamour was assured her position within the Starlords, and given the territory over the _Hyades Rim, reaching north towards and including the Outworld’s Alliance.

Spending some time acclimatizing to the new nation-state they were visiting, they discovered it was highly regimented, tightly organized, and in many ways, better structured than their own “civilized” nation in System – Dumassas. Their enemies were friends, and their friends were enemies. Everything was seemingly in chaos.

Leaving a contact at TANSTAAFL, the capital of the planet, they began asserting their authority in the region, and chose to hunt down one of the two pirates operating in “their” territory. Prior to leaving on this expedition, the group took some time to assist in Moxie’s acceptance speech regarding AI research at the national university in San Succi. Moxie was introduced to both Doctor Magnus Schroeter, the man they believed was responsible for creating the clone “Scarlet Jade”, as well as the young heir to the Ospina Coffee fortune, Mia Ospina. Moxie took an interest in both.

In July, the unit made the long trek to System – Promise, seeking knowledge of the location of Pirate-Lord Cyr Milligan, and the trail led them to System – Tashrakaar. The unit conducted an investigation, leading to the assault and capture of the “Kiss of Death” located some distance from the main starport. Discovering the imminent arrival of a force allied to the pirate-lord, known as the “Bloody Reavers”, they waited on-planet, pretending to be the pirate-lord’s DropShip. They intercepted a convoy of the pirate-lord’s troops and supplies, and then engaged a large force of the pirate Mechs, largely defeating them, though a portion escaped, rendezvoused with their own DropShip, the Horror of Hades, and left the system. * “The Werewolves” managed to hit the supply DropShip, “Cutlass”, and captured it on the ground at the starport.

Arranging to have their captured Cutlass transported to Promise, and pick-up a large force of colonists for their own lands on Dumassas from the over-populated world, the bulk of the unit made their way directly home, traveling through System – Gollere to visit with their ally Baron Jemmas of Horn. After a quick tour of the holding, they discovered that the world was undergoing a shift in political power away from the colonies and towards the central Mangai bureacracy, though their ally was doing well enough with his off-world connections to the Iron Dingoes. The unit soon left to return home, hearing rumors of continuing difficulties in Dumassas.