The Battle for Tharn 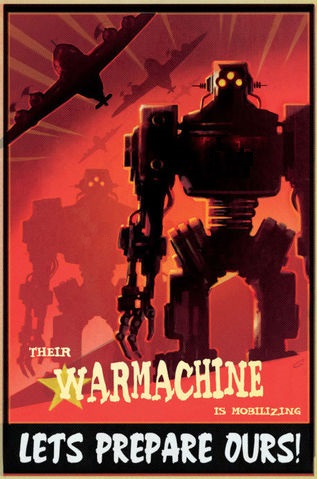 The Battle for Tharn : Glamour was dispatched to arrange for the pirate raids into San Marcos and Tragnar. With the return of “The Iron Vagabond”, the unit loaded up their Line forces, as well as the “Spearhead” hosting the 3rd (Guards) Rifle Infantry Battalion “The Jungle Cats”, who abandoned their now-useless position near * Landhold : Hellas. The unit jumped into System – Gollere, and immediately burned to land at the Content Not Found: barony-of-horn to confer with their ally Baron Jemmas of Horn. The unit related their intent to pressure The Duchy of Lovelace into a duel, and force the world to accept Horn as a Duchy.

Meeting with Duchess Engel Lovelace, the unit’s commanders demanded a formal duel to resolve the damage caused by her son’s attempt to defeat Paladin and marry his present wife. Agreeing to a “Roll of Three, Five, or Seven, a duel was arranged between select members of the unit against her chosen representatives. In late-February the unit fought seven other mercenaries at the usual field of combat, though they stumbled into a series of minefields established as a trap against them. Nonetheless, they won the duel.

The political ramifications were to force the Central Tharn Authority to refuse to accept the claims, forcing the entire planet to take sides in the conflict. The allies of Horn gathered and were presented with the concept of a written charter ensuring their position and authority on the Mangai, and though a writtne charter was rejected, the idea that the Mangai should be expanded to include not just the resource colony Barons and Dukes, but the industrial Lords as well. Pitbull suddenly recognized that Baron/Duke Jemmas had given him a golden opportunity, and proposed to teh assembled nobles that * “The Iron Dingoes” would take the lion’s share of the risk in any coming conflict, and as such should receive the control over the Central Tharn Authority’s lands as a landhold and title of Duke at the table. The group agreed and supported the claim to the title, in exchange for resolving the issue.

On March 2nd, 3026, the Iron Dingoes AeroFighters seized control of the skies over the starport, notably not facing the defenses owned by Lady Kalique Abrasax, making it apparent that the Industrial Lords would indeed stay out of the fight. The unit faced off against a force of mercenaries, along with the surtviviors of the duel some days previous, as well as four factory-fresh appearing MSK-9H Mackies. The unit proved victorious in the fight, though it was a tough one.

The fight seemingly over, the unit began moving to consolidate their control over * Duchy of Tharn. They first secured the loyalty of * Tharn Iron Legions, by meeting with the local generals, and then secured control over * Military Headquarters Randgeriz, * Lanseal Royal Military Academy, and * Manticora. The “Jungle Cats” proved vital towards these efforts. Lastly, they began securing the capital’s own police force, intending to rebuild it over the long-term.

While investigating the possibility that REAPER was still active on-planet, especially given its apparent control over the Mackie’s, the unit discovered an abandoned archeological dig site, where a massive mobile fortress had been unearthed and was on the move, straight from the central deserts east of the capital and headed towards Rejhappur Starport. Careful to land far out of its potential range, the unit cut the monstrous machine off and moved to assault it directly. On March 7th, the unit engaged the massive Rattler (Mk 1) Mobile Fortress , struggling through its artillery barrages and massive firepower, to eventually tear it apart piece-by-piece. Though not without losses. Salvage crews dispatch to the site discovered the potential to have been REAPER’s new home, but no evidence of his existence. Some suggested he might have taken control over the planet’s SunNet satellite network, but there was no direct proof.

The unit then spent the next 18 months assimilating * Duchy of Tharn and working to rebuild after the fight. They also took the opportunity to investigate the rumors of the 309th AeroSpace Maintenance and Regeneration Group “The Boneyard”, and after a quick expedition to System – Montour, they realized the depth of resources hidden at the site would require a major expedition to recover anything they might find in the rings of the outer system’s jovian. Taking a quick trip through System – Taurus, they returned home, and began consolidating their strength for future activities.

The Battle for Tharn