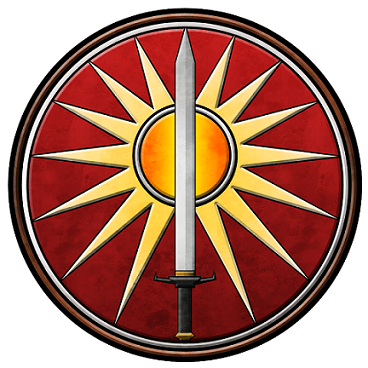 The Federated Suns Contracts : With local militia forces securing their landhold, along with the return of the Dead Man’s Hand, the unit took a contract with the Federated Suns to raid into House Liao. Travelling to System – New Syrtis, they heard the specifics, and engaged in a priority raid to capture a new Mech undergoing trials, the RVN-1X Raven. The unit jumped into System – Corodiz on April 1st, 3022, and conducted their raid supported by several other mercenary units. Succeeding in seizing both the required Mech, and another found at the test site, they also captured the grounded DropShip and its technical staff, a scientific “think-tank” of amazingly talented designers. Led by Executive Administrator Edmund Fowler, the unit convinced he and his techs to work with the Iron Dingoes, and returned back to New Syrtis with a successful contract completed.

Meanwhile, back on Dumassas, the Dead Man’s Hand uncovered the hidden village of Tuadann, finding it supporting the remnants of the First Fire, the unit that had tried to seize control of Sangria, and that the Iron Dingoes had been tasked with defeating early in their careers. Securing the support of the village and its soldiers by over-throwing its leader, the DMH conducted a raid against the First Fire’s secret outpost, Brightwater Base, and after forcing their troops to retreat, sacked the site, and discovered a hastily abandoned research facility that had been engaged in cloning research of some kind. The unit tech recognized much of the equipment as matching that recovered from the SAMURAI outpost on System – Gollere, and they also recovered a living specimen; “Scarlet Jade”. They also discovered that these cloning attempts might have been a result of trying to revive history’s greatest monster, Stephan Amaris.

Back on New Syrtis, the Line units engaged in securing some new infantry equipment through local suppliers, and also sacked an abandoned manufacturing complex in the far north, recovering several badly damaged production lines. Following up on rumors based from the ancient star maps stored on “The Iron Vagabond”, the unit conducted research on System – Redfield’s history. Based on this research, the unit decided and planned to conduct a secret landing on two sites on the planet, as one of them would likely be the SLDF cache they were looking for. Completing their contract, the unit headed back to Dumassas, taking a long route looping over Redfield. The Thuringia Factory site gave the unit a huge cache of smaller fusion engines, while the Memorial Plains site proved more fruitful, yielding the actual SLDF-SRS-17342 cache they were looking for, hidden under the veneer of a SLDF memorial graveyard. Recovering computer systems, infantry gear, and a number of APCs and heavy transports, the group leadership fixated on the hundreds of tons of old documents stored at the site. Taking all the documents, and as much of everything else they could salvage, the unit lifted off and quickly returned on their route back home.

Passing through the Kigamboni System, the unit decided to investigate the rumors of the lost fleet in the system’s pirate points. Over the next few weeks, they encountered scattered lost supplies, a few warship wrecks, and occasional hints at local pirate activity, but eventually discovered the hidden pirate base and several caches of supplies dating to that era. In a pitched battle wit the pirates, they captured their primary ship, the Achilles-Class DropShip, the “Azrael’s Dagger”, and then went on to sack their main depot. They discovered the local pirates were serving their old ally Karl Lotjonen, a turned-traitor to the Taurian Concordat, and learned of the location of his primary facility, a former mining habitat located in System – Taurus, known as Jackson’s Folly.

The unit made their way back to Taurus, and after securing access to the system burned to Joshua’s Station where they conducted some trade of their recently recovered salvage, and secured several needed supplies. On Taurus itself, taking some R&R, the unit became involved in a plot by terrorists to nuke the capital. The unit did some of their own investigations, and eventually raided a museum being used by the terrorists, calling themselves the “Provolutionists”, who believed superiority in status was enforced through militant and violent action. There were well-known links connecting the Provolutionists as a splinter organization of “The Principii”, Lotjonen’s own militant faction of pirates. Sacking the facility and recovering several holos displaying a recovery operation in a debris field in orbit of some jovian planet, in particular it identified the salvage of a large Cartel-Class IceShip, called the Typhon. Securing off-world access, the unit continued to try and locate Joshua’s Folly. By late-October, 3022, the unit located the site, and after a sharp skirmish against the local garrison, secured the facility. They recovered the “Elektra” and several AeroFighters and Gunships, before making their way out-system and home to Dumassas.