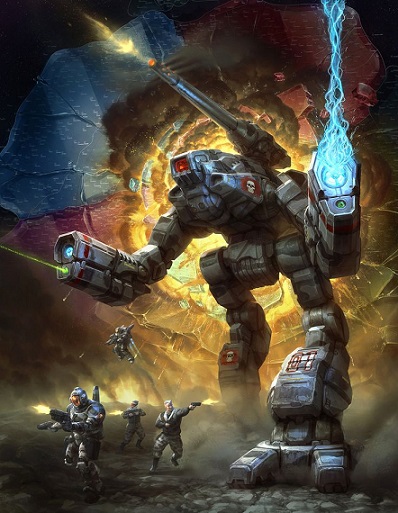 The Fourth Succession War : In early-March, 3028, the unit consolidated its forces, and began planning for an eventual invasion of System – Pa’an. They also accepted a pair of contracts in the Inner Sphere; Contract – Operation : “Purple Demon” and Contract – Operation : “Thor’s Hammer”, choosing the former for themselves, and having * “The Dead Man’s Hand” take the latter.

Loading up their transports, they made the long trip to the Draconis Combine border, arriving at System – Northwind on April 29th. The unit discovered themselves to be part of a “switch-and-bait” operation involving the Kell Hounds, and settled into an isolated support base in the southern mountains above the capital of Tara.

Spending several months in fairly isolated and quiet position, they encountered a strange band of mercenaries, the “Satyrs”, who roughly challenged the unit to a brawl, which their commanding officer from the local Kell’s Hounds authorized. The fight occurred on July 25th, and they operated in a strange ritualistic fashion, strangely similar to that encountered among the Starlords – “The Brethren of the Void”, challenging specific warriors to duels. The group seemed unused to the Mechs they piloted, and the fight was over despite their obvious skills.

In late-August, 3028, the announcement of the start of the 4th Succession War began. In late-September, Northwind came under attack by the combined forces of the 5th Sword of Light and the 36th Dieron Regulars, against the 5th Deneb Light Cavalry RCT, and a mercenary force under the command of the Kell’s Hounds, including the Iron Dingoes.

The unit operated as a fast response force, stopping first one mixed unit of the 5th Sword of Light, and then another that assaulted the Tara water reservoir. Though both forces were largely forced to retreat, the latter force successfully poisoned the city’s water supplies, and within a week more than 5000 civilians had died, and the bulk of the 5th RCT were sick. As the unit operated from their own supply sources, they were the only force available to investigate the activities of a large force operating just behind enemy lines on the south-eastern corner of the city. This proved to be a forward-operations base being established for a third regiment of BattleMechs, the Genyosha, previously unheard of on the planet. 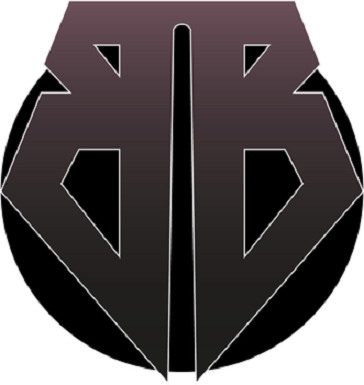 On August 20th, 3028, a massive assault by the invading forces was mounted against the defenders of the city, and when they fell back in apparent disarray, the commander of the 5th RCT ordered a counter-attack; it failed. While the 5th RCT collapsed, the Dingoes were ordered to act as the lynch-pin in the corner of the city, and faced a “Hit Squad” of the Genyosha, intended to defeat their command lance, but the unit fell back when they failed to destroy the unit. The Dingoes were ordered to hold the site, as reinforcements in the form of Team Banzai struck the edges of the Genyosha, and forced their way into the city through the unit’s position.

Over the next couple days, the unit lived largely in their Mechs, holding the line as several forces attempted to get past and defeat the unit. Beaten by a continuing cycle of invading forces, the unit held their ground, and managed to allow the survivors of the 5th RCT, and Team Banzai’s failed efforts to save the city, retreat through their position. Eventually the unit abandoned the site, beaten and bloodied but alive.

By late-December, the unit had largely rebuilt using their privately stashed supplies, and the fact they had their tech teams and mobile field repair stations available. They were then ordered to operate as a so-called “Omega Company”, creating a break-out to clear the passage to the starport, while the unit then went on to assault the DCMS headquarters being established in the city. After three fast-moving engagements, they over-ran the HQ position, and followed up the rest of the 5th RCT and Team Banzai survivors to reach the starport.

Under the guns of the massed DropShip fleet of the 5th and Iron Dingoes, they managed to conduct repairs and managed to cobble together a battered force and held their ground, rather than abandon the planet. On New Year’s Day, 3028-9, the invaders were beginning to maneuver for one last assault on the starport, when the communications channels were flooded with bagpipe music; the Northwind Highlanders had returned home. The four regiments of those mercenaries landed all around the city, and announced that they were hear to defend their kinsmen from future DCMS aggression. By the end of the day, the three invading DCMS Mech regiments and their support forces were in full retreat from the system.

With a week of free time, the unit managed to contact their counter-parts in Lyran space, and learned of their own successes, as well as the one infantry battalion they had sent on Contract – Operation : “Bronco”. Both had been successful, though not without losses. Both units were ordered to return back to System – Dumassas, and continue their plans for a possible invasion of System – Pa’an. They checked in on their supplies ordered some months previously, and arranged, with the help of Team Banzai to purchase a new JumpShip, “The Storis”, and set about transferring their flag and allowing Executive Secretary Arlana Jericho to take a support role in the future as a trader.

The Line unit took an extension of their contract, and were shipped several short jumps towards the Capellan Confederation borders, to Basalt. On Basalt, the unit was part of a multi-unit force trying to lure in and trap the bulk of the Capellan Reserves, by using three previously important supply worlds as bait. Known as “Operation Riposte”, the plan succeeded, and tore apart any last reserves the Confederation had. 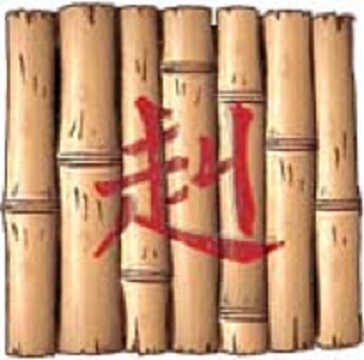 The Iron Dingoes were held at the former location of the supply centres as a fast-response force, but instead were dropped directly onto by fanatical soldiers from House Ijori, who fought to the death with savagery and fierceness. The death of Wraith was a low-point of the battle, despite the capture of the cargo-refit “Xīng Hu” and a bevy of technical support staff. The unit was eventually paid-out their salvage and salaries, and chose to turn-down another extension, and return back to their holdings on Terramatrix, on August 16th, 3029.