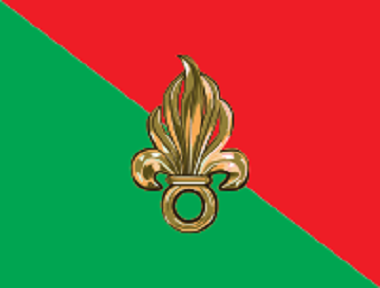 The Marik Fringe : Formed from the shattered remnants of the 13th Provisional Company of the 3rd Marik Militia, this collection of pilots and techs managed to survive the purges following the Marik Civil War, but at a cost. Stripped of their possessions and sent to the prison planet of Pilpala, they were able to escape custody over the planet of Claybrooke, though they destroyed their prison transport, the Ice Hook, in doing so.

Landing in the middle of the main starport, they wasted no time in salvaging what they could, before sacking a nearby militia base of its BattleMechs, using a stolen starport security van (now known as “The Football”) to gain access to its vehicle pool. Destroying the reserve base utterly, they then moved into the mountains and rough terrain of the Black Hills north of the planetary capital of New Denver.

Salvaging anything that could be a potential source of spare parts, they absorbed two small bands of local rebels and bandits, and sacked a hidden supply station used by the most powerful bandit force on the planet, the Panther Strike Gang. As the months passed, they sacked a munitions supply train, several small mining concerns and even raided a Consolidated Foods Agriplex near the territorial market town of Deadwood, before ensuring the utter wrath of the planet’s junta leader, Lt. Colonel “Razor” Chestine. Before the winter had passed, she dispatched her entire reserves into the region, to seek-out and eradicate the “…band of hooligans…” that were ravaging her munitions and support.

While several mixed companies of hover armor and BattleMechs began to probe the Black Hills for the planet’s new bandit force, the Dingoes followed a forgotten satellite signal to an ancient mine known as “Eden’s Promise” by the locals; though no one could remember exactly what was mined there, only that it had lain abandoned for several centuries. What they discovered has never been revealed, though the fact they began to field several Star League vintage mecha from this point, hints that there was likely a Cache of some sort at the site. Colonel Chestine is known to have taken a particular interest in the site during the following Spring, and she quickly re-built her resource base following its exploitation. The unit also acquired their Seeker-Class Dropship, the “Dingoes Den” during this time, which hints that they were responsible for destroying the mercenary band, the “Outback Irregulars”, that were employed by Consolidated Foods to hunt down the new bandits, but had disappeared into the Northern Territories.

The crowning effort of the unit on Claybrooke, was the sacking of Deadwood itself. While Colonel Chestine’s forces were combing the Northern Territories, the unit slipped into the suburbs of Deadwood, and drove straight through the town past its defenses and Mech units to open the route for a horde of local resistance forces to ransack its foundries and free the politically enslaved workerforce. The Iron Dingoes then slipped off to the nearby railhead to rendezvous with their DropShips, and lifted off-planet, gaining passage aboard a commercial transport, the Tramp-Class JumpShip “Iron Vagabond”, bound for Pilpala.

After jumping in-system to Pilpala, and a quick burn to the planet, the Dingoes brushed aside a little resistance from two lances of heavy Aerospace Fighters, and (unknowingly) dropped on a hidden Marik Aerobase located near the Prison facility. From there, they conducted a cunning raid on the Orion Prison Complex, luring its defensive Mech forces away from the station, while they infiltrated the base with several infantry squads using a captured FWL supply Dropshuttle. A lance of medium Mechs took out the remaining APCs and defensive laser towers, while recon elements of the unit led the defending mecha into the rough terrain of the surrounding hills before rendezvous with their DropShips and dusting-off. Most of their missing command personnel were found, and taken off-planet with the unit, finally reuniting the scattered 13th Provisional Company into something of a whole once more.